The Resident University 2006 was an initiative of Residents for Regeneration Europe in collaboration with Birmingham City Council and the University of Birmingham. This was an excellent opportunity to exchange ideas and experiences related to the main theme: Big city, small neighbourhoods, one vision! Residents and professionals from Belgium, Germany, Lithuania, the Netherlands, and United Kingdom discussed how the modern city communicates and interacts with its residents in the different neighbourhoods and how different neighbourhoods communicate and interact with the modern city. The Resident University 2006 emphasized on the residents’ creativity and enthusiasm in regenerating neighbourhoods. For first time a delegation from Bulgaria took part in the Resident University with representatives from the Union of Homeowners Associations in Bulgaria, the foundation Home for Everybody and the Bulgarian Housing Association. The next event of Residents for Regeneration Europe will take place in Sofia during springtime 2007. 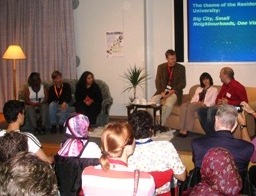 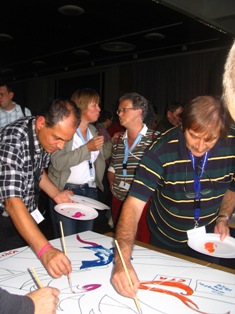